YT Social DISCOVER THE ART OF PUBLISHING
Home Uncategorized Strange and Unusual: These are the 20 Weirdest Looking Animals 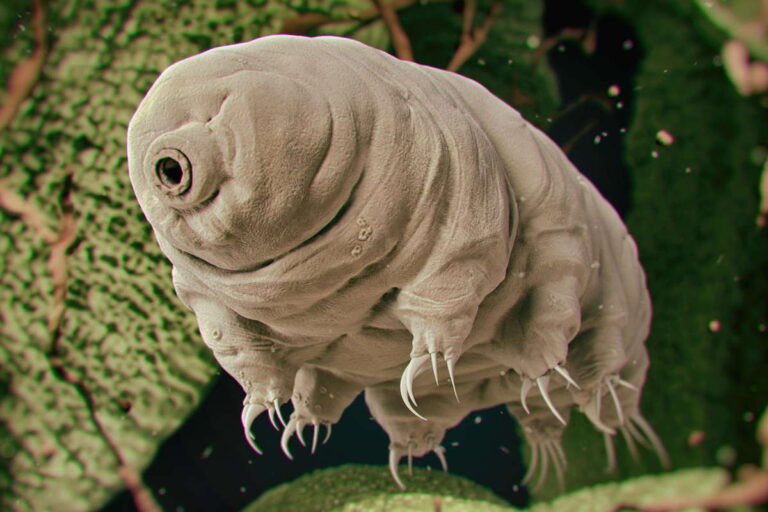 We can not deny the fact that Human Imagination has endless boundaries and is free from any limitations. Modern technology has made it easier for us to express our imaginations in a viewable format, by introducing photo editing software. With the use of Photo Editing Soft wares, we can modify, edit and make changes to a snap of any object. Also, we can not deny that nature has its own ways to show its presence, it can be in any form.

You may find some human creations very strange. But these creations of nature will blow your mind. There are so many things in this world in living form and non-living form which shows the creativity of nature and amazes the human mind.

Shown below are 20 weird-looking animals which exist in this world full of surprises. You might think these pictures are a good work of photo editing, but they are 100% real. You may get obsessed with some of them.

Inspired by the presence of Dragons in Chinese methodology, this unique-looking creature, which floats in seaweed-filled water, is named “Leafy Dragon”. Its unique shape and green, gold and yellow lines along with its body, make it completely camouflaged when floating along with the seaweed. Having no teeth or stomach they feed exclusively on mysidopsis shrimp. The Seadragon mating process is the same as the Seahorse mating process.

Standing 4 ft in length, found in the tropical rainforest of Southeast Asia, makes this bear the smallest member of the bear family. Distinctive pale orange-yellow horseshoe-shaped marking on a chest and same color around the muzzle and the eyes reflect its name. The Sun Bear does not hibernate, and, as a result, it can reproduce year-round. The offspring reach sexual maturity after 3-4 years and may live up to 30 years in captivity.

You might find it interesting that because of the resemblance between this creature and German emperor Wilhelm II, this animal is named “Emperor Tamarin”. Weighing approximately 300 to 400 g, this animal reaches the length of 24cm to 26cm, with a tail of 35cm. What makes it unique is its long, white mustache, which extends to both sides beyond the shoulders. They live in family groups of 3 to 8 individuals. Emperor tamarins usually form mixed troops with another kind of monkey, the saddleback tamarin. In these troops, the tamarins help each other by improving their ability to detect predators. While emperors seem to be better at detecting aerial predators, saddlebacks are better at looking for terrestrial ones.

The White-faced Saki (Pithecia Pithecia), also known as the Guianan Saki and the Golden-faced Saki, is a species of saki monkey, a type of New World monkey, found in Brazil, French Guiana, Guyana, Suriname, and Venezuela. The difference between the sexes is considerable. Adult males are black, with striking white faces. The females are brownish-grey and have only a narrow white stripe on the face between the inner eye and mouth. Color differences like this between the sexes are termed ‘sexual dichromatism’. They have long, shaggy coats and non-prehensile, long bushy tails. Adult males weigh around 2 kg females are slightly smaller at 1.7 kg.

Also known as Long Nose Monkey. The length of its nose makes this monkey stand out in the monkey family. The purpose of its long nose has not been identified yet. This Monkey also has a large belly, as a result of its diet. Its digestive system is divided into several parts, with distinctive gut flora, which helps in digesting leaves. This digestive process releases a lot of gas, resulting in the monkey’s “bloated” bellies. A side-effect of this unique digestive system is that it is unable to digest ripe fruit, unlike most other simians. The diet consists mainly of fruits, seeds and leaves.

The Axolotl (or ajolote) (Ambystoma mexicanum) is the best-known of the Mexican neotenic mole salamanders belonging to the Tiger Salamander complex. Larvae of this species fail to undergo metamorphosis, so the adults remain aquatic and gilled. The species originates from the lake underlying Mexico City. Axolotls are used extensively in scientific research due to their ability to regenerate most body parts, ease of breeding, and large embryos.

The Aye-aye (Daubentonia madagascariensis) is a strepsirrhine native to Madagascar that combines rodent-like teeth with a long, thin middle finger to fill the same ecological niche as a woodpecker. It is the world’s largest nocturnal primate, and is characterized by its unique method of finding food; it taps on trees to find grubs, then gnaws holes in the wood and inserts its elongated middle finger to pull the grubs out.

Tarsier is a tiny animal, measuring about 85 to 160 millimeters (3.35 to 6.30 in) in height makes this one of the smallest primates. The average adult is about the size of a human fist and will fit very comfortably in the human hand. Tarsiers have enormous eyes and long feet. Their feet have extremely elongated tarsus bones, which is how they got their name. They are primarily insectivorous and catch insects by jumping at them. They are also known to prey on birds and snakes. As they jump from tree to tree, tarsiers can catch even birds in motion.

The Dumbo Octopus gets its name from the two fins which look like and are situated like ears. ‘Dumbo’ will swim using these large fins and with the help of its arms it is a formidable swimmer and this shows when ’Dumbo’ needs to get somewhere fast, like away from a predator! Their reproduction happens by laying eggs and apparently, the dumbo octopus hasn’t a special breeding season and it feeds itself with little sea creatures like shrimps and worms.

A small bat, characterized by horseshoe-shaped sucker-like pads on the thumb and soles of the feet; the ears are separate and large, each with a mushroom-like tragus, comprising a kidney-shaped fleshy expansion surmounting a short stalk; the upper lip extends significantly beyond the lower; the pelage is moderately dense and mid-brown to a golden brown, with some russet tinges.

The Blobfish is without a doubt one of the ugliest fish in the ocean. These saltwater fish have what resembles a large nose in between two eyes and almost seem to be frowning! I guess with an ugly mug like that you would be frowning too. This deep-sea fish is often found at extreme depths on the coasts of Tasmania and Australia. For this reason, the Blobfish is rarely seen by humans.

The Shoebill, Balaeniceps rex also known as Whalehead is a very large bird related to the storks. It derives its name from its massive shoe-shaped bill.
The Shoebill is a very large bird, averaging 1.2 m (4 ft) tall, 5.6 kg (12.3 lbs) and 2.33 m (7.7 ft) across the wings. The adult is mainly grey, the juveniles are browner. It lives in tropical east Africa, in large swamps from Sudan to Zambia. Long in the leg and broad in the wing, standing well over a meter high and dressed entirely in dull, scaly grey, the Shoebill is dominated by its feeding apparatus, a huge and powerful appendage ending in a ferocious nail-like hook. Violent and primitive in appearance, the bird has caused taxonomists constant vexation and bafflement over its affinities.

Yeti Crab is also known as Kiwa hirsuta is a crustacean discovered in 2005 in the South Pacific Ocean. This decapod, which is approximately 15 cm (6 inches) long, is notable for the quantity of silky blond setae (resembling fur) covering its pereiopods (thoracic legs, including claws). Its discoverers dubbed it the “yeti lobster” or “yeti crab”.

The Angora rabbit is a variety of domestic rabbits bred for its long, soft hair. They’re believed to have originated in Turkey, along with the Angora cat and Angora goat. The rabbits were made as popular pets with French royalty in the mid-1700s, spreading to other parts of Europe by the end of the century.

The narwhals are usually in pods of about 10 up to 100 whales that swim solely in the Arctic waters. The name Narwhal means “corpse whale” because it often swims belly up, lying motionless for several minutes. The Narwhal is an Arctic aquatic mammal, one of two species of the white whale. The most conspicuous characteristic of male narwhal is their single extraordinarily long tusk, an incisor that projects from the left side of the upper jaw and forms a left-handed helix.

Also known as Golden-rumped Elephant Shrew, are widely distributed across the southern part of Africa, and although common nowhere, can be found in almost any type of habitat, from the Namib Desert to boulder-strewn outcrops in South Africa to thick forest.

Echidnas are one of the two types of mammals that lay eggs (the other one is platypus). The long-beaked echidna is found in New Guinea, where it is widespread. They are easily distinguished from short-beaked echidnas by their long snouts, which account for two-thirds of the length of the head.

“The Mickey Mouse of the desert” – a mouse-like rodent with a long tail, long hind legs for jumping, and exceptionally large ears. The jerboa, found in the deserts of Mongolia and China, is listed as endangered on the IUCN Red List. The breeding period of the Long-eared Jerboa occurs twice per season, and this mating act happens right after one has awoken from hibernating. The average number of young ranges from two to six. Very little is known when it comes to how they take care of their young.

Like other moles, the star-nosed mole is very powerful in relation to its size. Using its paddle-shaped hands together with a twisting motion of its compact body, it constructs a network of tunnels about 50 cm (1.5 ft.) beneath the surface of the ground, but above the water table. Its nests are made of dried grass and other vegetation. The star-shaped nose is a highly specialized sensory-motor organ, which consists of 11 pairs of fleshy finger-like appendages, or ‘tendrils’. The star, which is less than half an inch in diameter, is divided into a high-resolution central fovea region and less sensitive peripheral areas. It is much larger than the nose of other mole species, covering 0.92 cm2 per touch, compared to 0.11 cm2 covered by the noses of other mole species.

In India, the name mata mata turtle means “I kill”. It also means “fringed turtle” in Latin. But, today we know it just as the mata mata turtle. This turtle may grow to be about seventeen and a half inches long. The mata mata turtle is often mistaken for rocks and sunken logs. Their brown, black, golden yellow and orange shells give them this appearance. The adult turtles are usually brown or black.